Nikki Bella Joins The Cast Of "Dancing with the Stars" (Photos) - PWPIX.net

Nikki Bella Joins The Cast Of “Dancing with the Stars” (Photos) 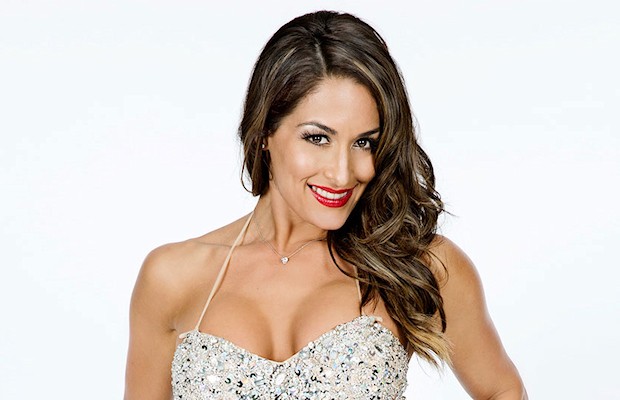 Nikki Bella is temporarily hanging up her wrestling boots for ballroom dancing shoes as she officially joins the celebrity competitors on Season 25 of Dancing with the Stars.

Nikki will waltz into the ballroom with professional partner Artem Chigvintsev, who will also be dancing for his first Mirror Ball Trophy. The official cast announcement was made Wednesday on Good Morning America

While Artem said that he hasn’t experienced a Bella Buster yet, Nikki hasn’t ruled it out.

“I try to fight him every rehearsal,” Nikki joked.

The Bella Twin is the third WWE Superstar to compete on Dancing with the Stars. Chris Jericho competed in Season 12 in 2011 and was eliminated fifth out of 11 contestants. Stacy Keibler competed in Season 2 in 2006 and placed third.

I can finally say YES it's true! Going 2 compete on @DancingABC this season! Meet my partner @artemchigvintse! What should our team name b?! pic.twitter.com/KykgWcLJsZ

Nikki @BellaTwins you look so good what a way to kick off a Wednesday announcing DWTS and the premiere of @Total_Bellas season 2 👏👏 pic.twitter.com/eph5obT3ez