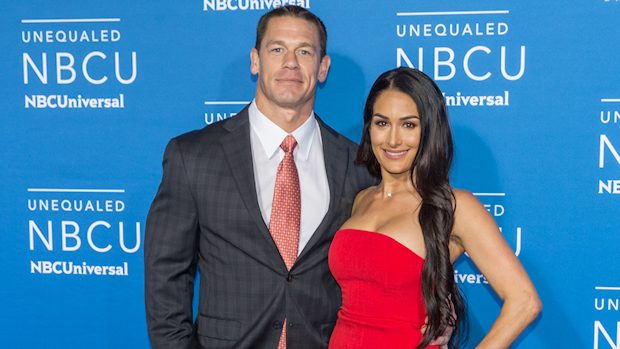 Nikki Bella and John Cena are on good terms after ending their engagement.

“I think John and I will always be good friends,” Bella said during Us Weekly’s Most Stylish New Yorkers bash on Wednesday, September 12. “We just have such a great relationship.”

Bella, who was with Cena for six years before the WWE Superstars first called it quits in April, is still adapting to her newfound single status.

Despite re-entering the dating world, Nikki claims she hasn’t started seeing anyone yet.

“Gosh, I’m pretty lame. Usually, the person that I date at night is Netflix and my black licorice,” she joked. “They’re very satisfying.”

They officially ended things in July after wrestling with their decision to call off the wedding in April.

“After I called off the engagement, we tried to work on our relationship to get back to where it was, and in order to move forward with our wedding. After much time and soul-searching alone and together, we have decided to officially part ways,” Nikki said in July. “I had a beautiful and loving six-year relationship with a wonderful man. I have the utmost respect for John, but I know this is what’s best for me.”