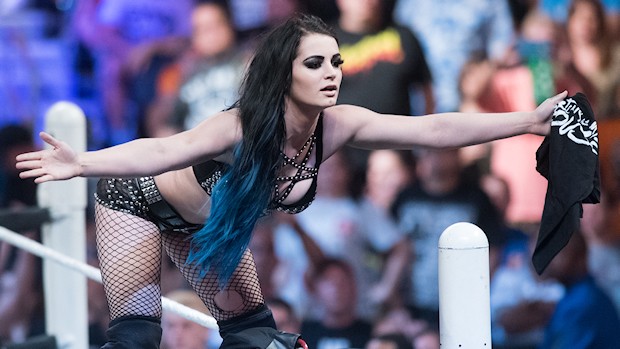 – Paige, who turned 25 years old last Thursday, has been responding to birthday wishes on Twitter from a host of WWE Superstars including The Bella Twins, Natalya, Nia Jax, Sin Cara, Carmella, and others. NXT’s Billie Kay also wished Paige a happy birthday, tweeting, “it’s been a long time since I’ve seen you, hoping that changes soon.”

– Since 3MB broke up in June 2014 due to WWE releasing Jinder Mahal and Drew McIntyre, all three former members have found themselves wearing gold. WWE Champion Jinder Mahal congratulated Drew McIntyre for winning the NXT Championship on Saturday at NXT Takeover: Brooklyn III with this post on Instagram.

Prior to NXT Takeover: Brooklyn III, he worked a match at an NXT television taping that will air on this week’s show.