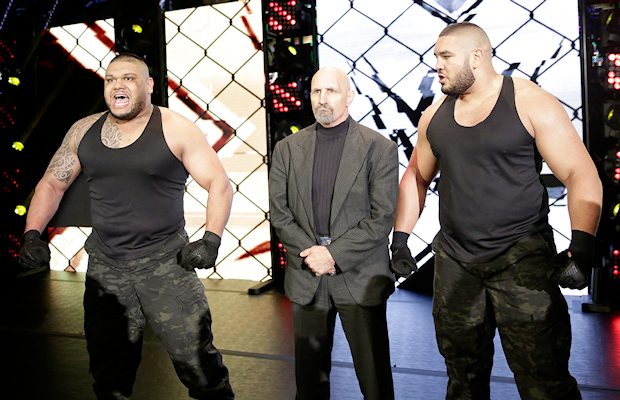 Last Wednesday at NXT TakeOver: The End…, legendary wrestling manager Paul Ellering made a surprise appearance moments after a massive duo clad in camouflage viciously attacked American Alpha. The WWE Hall of Famer seemingly aligned himself with the pair, who are known as The Authors of Pain, as he commanded them to the backstage area.

Speaking to Bill Apter on Saturday at the semi-annual Legends of the Ring convention in Monroe, New Jersey, Ellering discussed his appearance, daughter Rachael’s career on the independent circuit, and more.