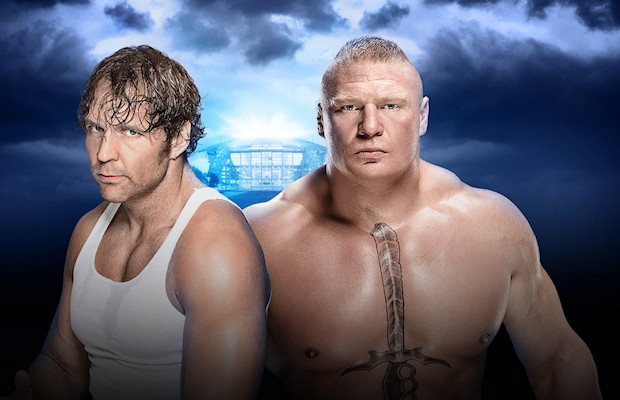 – Below is a preview for Tuesday’s WWE Total Divas episode with The Bella Twins venturing out into the business world:

– WWE taped Jack Swagger vs. Tyler Breeze for this week’s Superstars and Ryback vs. Fandango for Main Event tonight in Brooklyn.

– Paul Heyman’s first “Heyman Hustle” blog and podcast for Yahoo has been published at this link. Heyman wrote the following on Brock Lesnar facing Dean Ambrose in the No Holds Barred Street Fight at WrestleMania 32:

“All this leads to this Sunday night, April 3, when Brock Lesnar once again provides sports, entertainment and sports entertainment fans around the world the rare opportunity of seeing an once-ever athlete, in his prime, perform at a level no one can match. This Sunday, Brock Lesnar will face Dean Ambrose in a No Holds Barred Street Fight at WrestleMania 32. I’d spend the time to explain to you what a No Holds Barred Street Fight is, but I am under the impression people pay to see Brock Lesnar because … well … he’s BROCK LESNAR! It doesn’t matter the rules, nor even the platform. When Brock Lesnar steps into the ring, it’s a rare and significant occurrence. When that event will be streamed live from a sold out AT&T Stadium, home of the Dallas Cowboys, filled with an audience screaming at the top of its lungs, and has been branded WrestleMania … you can count on Brock Lesnar doing something no one else can do. You can go ahead and set your expectations for this match as high as you want. Brock Lesnar will CONQUER them, too!”