Photo Of Ric Flair Leaving Hospital In A Wheelchair 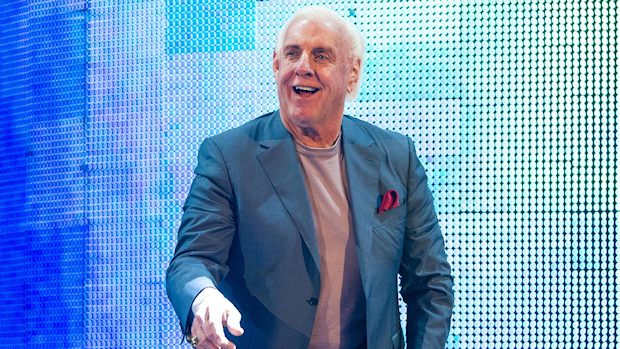 WWE Hall of Famer Ric Flair was discharged from the hospital today following a one-week stay.

After a slight delay, Flair underwent a successful surgical procedure Monday. According to TMZ Sports, Flair had been dealing with heart issues in recent months and had undergone multiple procedures prior to Monday’s operation.

Flair tweeted about his condition this afternoon after getting released:

The Naitch Is Home!!! Thank You To All The Incredible Staff And Doctors At Gwinnett Medical Center Once Again! I Am So Thankful For All My Family, Friends, And Fans For All The Love. At This Time In My Life, I Never Take It For Granted. I Will Be Back Up And WOOOOOing In No Time! pic.twitter.com/yPKC7AKGoY

As seen in the following photo published by TMZ Sports, the 70-year-old Flair had a smile on his face as he left the hospital in a wheelchair today:

TMZ initially reported that Flair was dealing with a “very serious” medical scare, but his son-in-law, Conrad Thompson (who is married to Flair’s daughter Megan), downplayed the report.

Thompson told Fightful’s Sean Ross Sapp that Flair’s condition was “not as grave or serious” as TMZ’s report suggested. Thompson added that Flair was undergoing a planned procedure.

The goal of the procedure was for Flair to be able to attend his roast at Starrcast in Las Vegas, Nevada this weekend, but he was forced to pull out of the event.

In 2017, Flair was in a medically induced coma for 11 days to treat a ruptured intestine. He later wrote that doctors gave him only a 20 percent chance to live at the time.

Following his release from the hospital, Flair is set to recover from his procedure at home.