Home / Wrestling News / WWE News / R-Truth on How He Prepares for WWE Events, What to Expect with His Rap Music, His Character

R-Truth on How He Prepares for WWE Events, What to Expect with His Rap Music, His Character 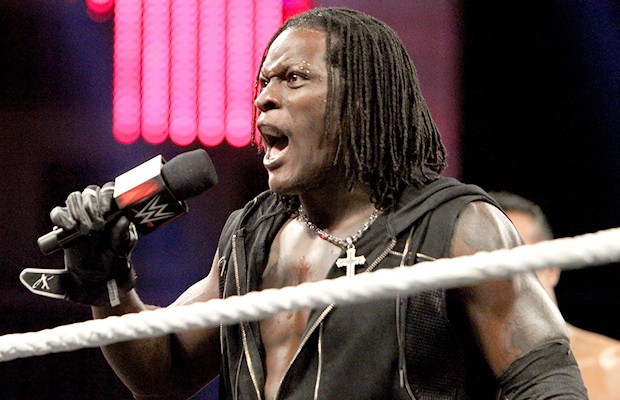 – R-Truth recently spoke with The Shreveport Times to promote tonight’s WWE live event in Shreveport, Louisiana. The full interview is at this link. Below are highlights:

TT: What do you do to get ready before a show?

RT: I’ve been doing this for 17 years and right now it’s pretty much like sitting in the saddle. I do my same ritual. I listen to my music to mentally get my mind right, I go through my stretches and after that I crank that car up and I drive it. I listen to everything. I’m always listening to some Lil’ Boosie, Wale, Marilyn Manson, Christina Aguilera, Hank Williams, Jr., Shooter Jennings — a wide range of music.

TT: Do you get to release those emotions in the ring?

RT: R-Truth and Ron Killings are two different people. You rarely will see R-Truth showing anything. He’s always in that mood. He’s the guy you want to see when you’re going through something because he’s in that mood and has something good to tell you.

TT: What will we hear on your new single, What’ Cha Do to Get It?

RT: My music isn’t the typical rap music you hear now. My music is about being positive, being inspired, having ambition, following your dreams, having respect for yourself, believing in yourself and not depending on anybody else.