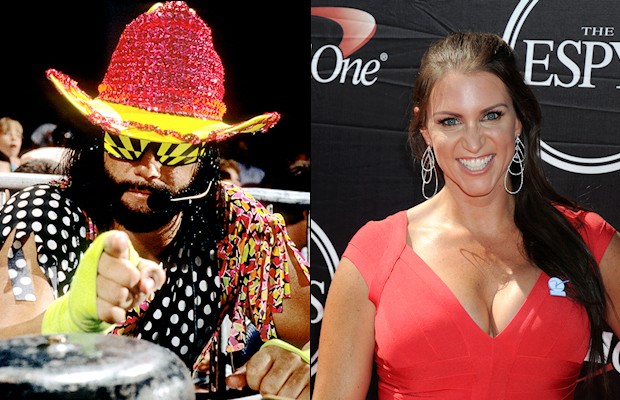 The published poet and limerick writing, motivational speaking brother of WWE Hall of Famer “Macho Man” Randy Savage, Lanny Poffo, is telling stories about his late brother and the glory days of professional wrestling with his new weekly podcast, The Genius Cast. The first episode premiered today and Poffo addressed a long-standing rumor regarding Savage and Stephanie McMahon.

The rumor is that Savage had a sexual relationship with a 17-year-old Stephanie during his final year in WWE (1994). While this allegation has never been verified, Wrestling Observer Newsletter editor Dave Meltzer has said that even top WWE officials believed the rumor to be fact, and it’s also his theory on why Savage didn’t get into inducted into the WWE Hall of Fame while he was alive.

“I don’t know and if I knew, I wouldn’t tell you because Randy was very, very private and I have absolutely no idea if that happened,” Poffo said.

“I’ll tell you what did happen. Triple H did an interview on a magazine and they said, ‘What do you think of Hulk Hogan and the Macho Man?’ and he says, ‘Well, they’re great but they are dinosaurs.’ Well, evidently Hulk Hogan didn’t mind being called a dinosaur.”

In late 2001, WWE Magazine released a special edition issue on Triple H because he was getting ready to return to action after suffering a tear in his left quadriceps muscle in May of that year. While talking about WCW during an in-depth interview, Triple H ripped Savage, Hogan and even Ric Flair by insinuating that they were too old to wrestle by this time.

Savage was furious with Triple H’s disparaging remark and ripped him in a video that appeared on his official website, MachoMan.com, in 2003. According to Poffo, his brother mentioned Stephanie as a way to get back at Triple H.

Poffo said, “He said some really outlandish things but don’t forget, he really liked Triple H and he felt that Triple H had disrespected him. Well, that was his way to get even with Triple H. Randy didn’t let things lie. He exacerbated everything.”

Here’s the video in question.

Poffo shared the same story on Macho Man: The Randy Savage Story, WWE’s 2014 Blu-ray and DVD release on Savage’s life and career. A clip of Savage ripping Triple H was shown in the documentary.

“I have absolutely no idea if the urban legend is true,” Poffo continued. “Like I said, if I knew, I wouldn’t tell you. It’s none of anybody’s business. There’s only one person who knows for sure and that is Stephanie. Randy is not here and she’s not talking.”