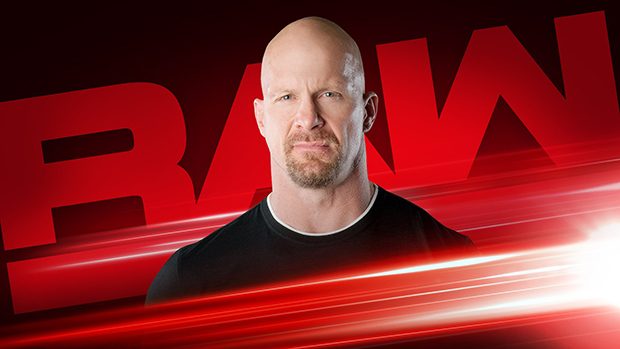 One day after Seth Rollins recaptured the Universal Championship from Brock Lesnar, Austin will give his reaction to the epic showdown tonight via Skype.

Also scheduled for tonight is Rey Mysterio vs. Andrade in a 2-out-of-3 Falls Match and Cedric Alexander vs. Drew McIntyre.

Austin is appearing on Raw to promote his new reality show, Straight Up Steve Austin, which premieres tonight after Raw on the USA Network. Actor Rob Riggle is Austin’s guest on the debut episode.

Andrade beat Mysterio the last two weeks on Raw. He eliminated Mysterio in a Gauntlet Match two weeks ago, then ripped off Mysterio’s mask in a post-match angle. Andrade tried to rip Mysterio’s mask off again in a singles match last week. Zelina Vega interfered after the distraction and Andrade hit Mysterio with a Hammerlock DDT to get the win.

Alexander beat McIntyre on the July 15 episode of Raw. Since then, McIntyre has attacked Alexander twice before matches that ended up not taking place.

WWE announced on Friday that Alexa Bliss and Nikki Cross will defend the WWE Women’s Tag Team Championship against Asuka and Kairi Sane. The Miz vs. Dolph Ziggler has also been announced for tonight.