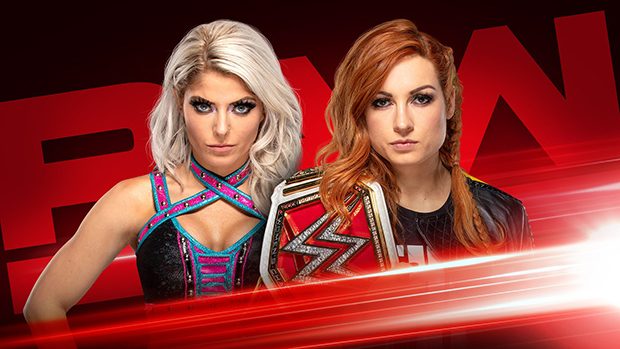 — “A Moment of Bliss” is set for Raw Reunion.

During an in-character interview with Sports Illustrated to hype the segment, Bliss vowed to expose Lynch’s past.

“I have a plan for tonight’s “A Moment of Bliss,” and that plan is to expose Becky Lynch’s past,” Bliss said. “Tonight is the Raw Reunion, and that is all about the moments that have helped make WWE. It’s great to have all the legends coming back to Raw, but it’s also the perfect time to create this moment with Becky.”

Bliss continued, “I’ve known Becky for a very long time, and I remember her first day in NXT. One of my first rivalries in WWE after I debuted on SmackDown was against Becky. She is the perfect person to interview, and expose, on “A Moment of Bliss.”

— Bray Wyatt provided the WWE Universe with a frightening first look at The Fiend last Monday on Raw. Check out these nine other terrifying Superstars making their spine-tingling debuts.