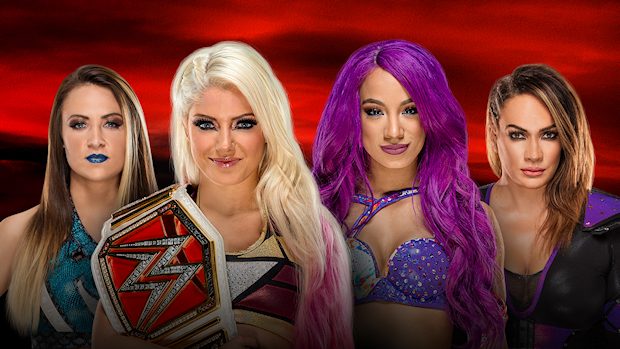 As noted, Bayley returned from her shoulder injury on tonight’s WWE RAW from her hometown of San Jose, California. After Nia Jax defeated RAW Women’s Champion Alexa Bliss in a non-title match, Bayley returned and ended up helping Sasha Banks to take out Jax and then Bliss.

WWE has announced that Bayley is being added to the No Mercy card on Sunday, making the RAW Women’s Title match a Fatal 5 Way.

Below is the updated card for Sunday’s pay-per-view from the Staples Center in Los Angeles:

Fatal 5 Way for the RAW Women’s Title
Bayley vs. Sasha Banks vs. Nia Jax vs. Emma vs. Alexa Bliss