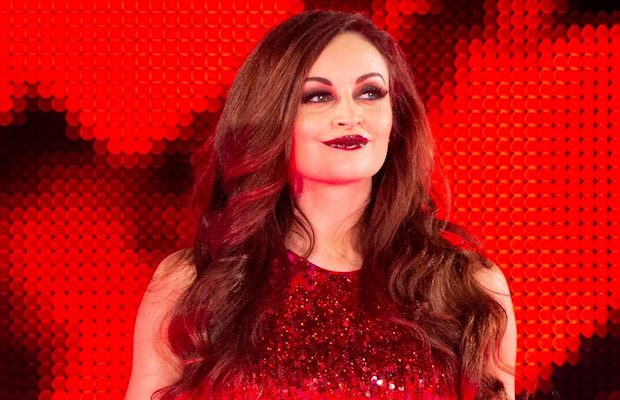 Two more matches and a footage of 24/7 Champion Maria Kanellis’ OBGYN visit is set for Raw tonight at the PPG Paints Arena in Pittsburgh, Pennsylvania.

The IIconics were slated to defend the WWE Women’s Tag Team Championship on last week’s episode of SmackDown LIVE, but Peyton Royce claimed to Sarah Schreiber that Billie Kay came down with a dangerous case of puppy fever and they had to leave the arena. Paige, The Kabuki Warriors, Rose and Deville then argued over who should get the next title shot.

WWE has also announced that Rey Mysterio will face Andrade. On Raw last week, Andrade tore Mysterio’s mask off after defeating him in a Gauntlet Match.

Ricochet then beat Andrade to earn the right to challenge AJ Styles for the United States Championship this Sunday.

After defeating her own husband to become the first-ever pregnant 24/7 Champion on Raw last week, Maria told all the would-be titleholders surrounding the locker room that she’s untouchable unless they wanted to try and pin her at her OB-GYN appointment. WWE announced on Twitter that you can see what happened when Maria made her scheduled OBGYN visit earlier today in Pittsburgh, tonight on Raw.

You do NOT want to miss this…

See what happened when #247Champion @MariaLKanellis made her scheduled OBGYN visit earlier today in Pittsburgh TONIGHT on #Raw! pic.twitter.com/AYyAZXAADY