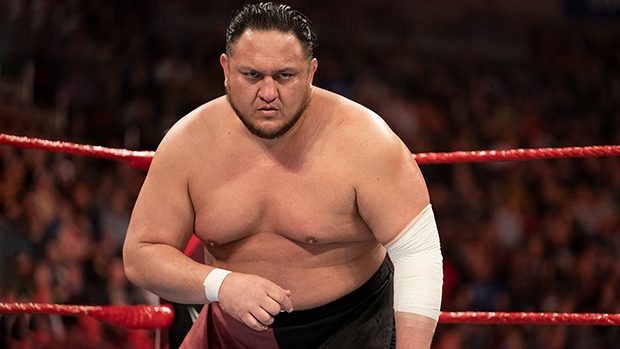 WWE announced today that Samoa Joe has been fined an undisclosed amount due to an altercation earlier today at Pittsburgh International Airport.

When asked by a WWE producer if he was responsible for the forklift incident that nearly injured Roman Reigns this past Tuesday night on SmackDown LIVE, Joe responded aggressively and knocked the phone out of the producer’s hand.

Watch the incident below.

Joe responded to the fine announcement with this tweet: