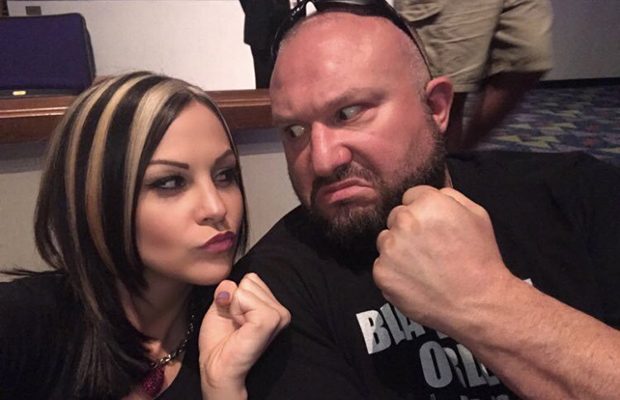 At Ring of Honor’s show on Sunday in Portland, Oregon, a series of alleged incidents involving a fan, Bully Ray, Velvet Sky (Bully Ray’s girlfriend) and Mandy León resulted in the company announcing they’ll be “conducting an internal review over the next 48 hours to determine the appropriate actions.”

The fan, whose name is Josh Ketch, posted his side of the story on Twitter:

OK story time… I avoided saying anything until the show was over to avoid any further issue but… this honestly soured my to ROH in a big way. Honest to god story that can be backed up by about half a dozen people… Show starts. Dark match is some local girls fighting. Allure interferes at the end. Velvet and I exchange words along with the rest of the Allure. Nothing crazy. Mandy Leon spits on me from the side. Not preferable but I honestly don’t care. Segment ends

Side note. I love and respect like 99% of all wrestlers. I honest to god never try to make the show ABOUT me, get myself over, etc. My rule of thumb is to boo the bad guys and cheer the good guys. It’s rare that I’ll flip the script but I always decide to go along with the show

Some opening match happens. Wildly unimportant. Second match occurs and it’s a local v a local. Allure interferes at the end. I’m mouthing off to all the girls for no reason other than THEY’RE THE BAD GUYS

At some point Velvet Sky seemingly loses her cool & is challenging me to come in the ring. Tells me to suck it, calls me a pussy, etc. No prob. Get your heat. She calls me a virgin. I remind her she has sex with that fat turd Bully Ray. Call them the tramp stamp trio. End segment.

She goes to the back. Fast forward about five minutes & I get a tap on the shoulder, ‘Hey, we’re with security and need to talk to you about an incident that occurred.’

Immediately I think of the Allure stuff but think that maybe Mandy got in trouble for spitting/face palming me. Then I kinda think this is a joke and look around. No signs of a joke from my buddies or crew. I’m SUPER perplexed and think there’s maybe miscommunication because nothing so far was a big deal at all. I oblige and follow security.

Security takes me legit backstage. I’m still perplexed by the entire thing and was honestly very hesitant to follow them because they kept saying ‘we need to talk to you about an incident’. No details behind just leading me into the back. What’s happening? What’s waiting for me?

Get to the back and security is just asking me to be patient:

Time was slowing down but this was all happening SO fast. Suddenly BULLY RAY comes out from a back room. Full on gear since he was in the opening segment of the show and he looks PISSED. Much bigger than me so I’m kinda taking a step back on this here. Security backs off and it’s just us two.

He said ‘hey. I heard there was incident tonight with you and some of the girls.’

‘So here’s the deal. You’re done talking down to them. You need to treat them with respect. Don’t be saying anything you wouldn’t say to your mom, you got it?!’

I’m not trying to act tough. I was legit being intimidated with purpose and I wasn’t about to get kicked out during match 3 so I just bit the bullet and said ‘sure… yes sir… yeah, I understand… yup…’

Security led me back to my seat.

That’s the end in regards to a timeline of events. The whole thing is still completely unbelievable and surreal, honestly. I’ve gone to live events for 15 years and been following wrestling for 22 years. Never once heard of something like this happening.

When John Pollock of POST Wrestling reached out to ROH about the allegations, General Manager Greg Gilleland issued this statement:

“ROH has always taken fan-first approach, with fan experience being at the forefront of all of our live events. We consider this to be very serious and will be conducting an internal review over the next 48 hours to determine the appropriate actions.”

Sunday happened to be Velvet Sky’s birthday as she turned 38 years old.