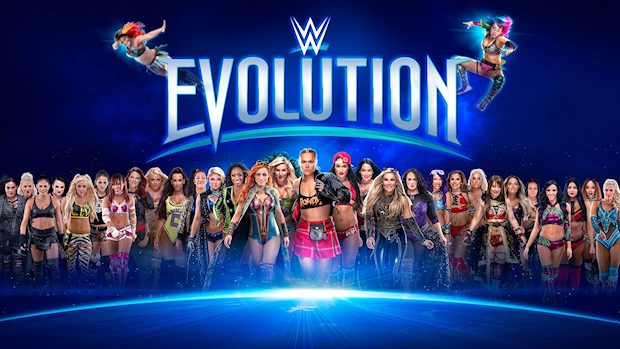 According to WWE.com, “The special will look back on the groundbreaking Women’s Evolution in WWE, featuring Superstars of the past, present and future coming together to celebrate a new chapter in WWE history.”

The “Road to Evolution” special will also air on E! on Wednesday, October 24 at 10/9 C following an all-new episode of Total Divas.

– Sasha Banks is returning to action tonight after being gone since last month due to what was reported as a back injury and a non-health issue.

Banks revealed on Instagram that she will be at tonight’s WWE live event in Bangor, Maine. She will also be at tomorrow night’s show in Portland, Maine, Sunday’s show in Boston, Massachusetts, and at Raw on Monday in Providence, Rhode Island.

– At the first-ever live event streamed on WWE Network — NXT ArRIVAL — Paige defended the NXT Women’s Championship against longtime rival Emma at Full Sail University in Winter Park, Florida, on February 27, 2014. WWE has posted the match in its entirety.