Will Kevin Owens Return As A Babyface? - PWPIX.net

Will Kevin Owens Return As A Babyface? 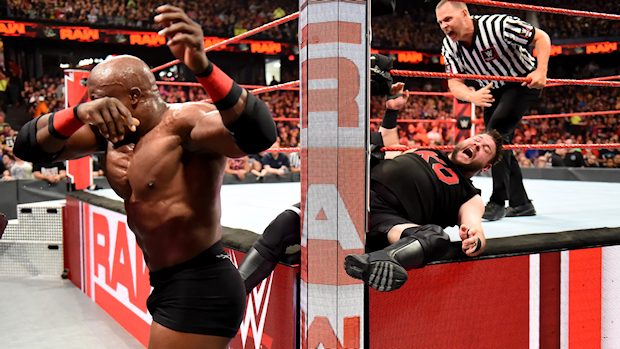 Kevin Owens will spend the next few months out of action after undergoing double knee surgery on Tuesday.

Dave Meltzer gave an update on Owens’ injury status on Wednesday’s edition of Wrestling Observer Radio. While neither surgery was major, Meltzer mentioned that Owens’ left knee had more damage to it than previously thought. Meltzer also noted in the Wrestling Observer Newsletter that the tentative timetable for Owens’ return “looks to be perhaps late February, more likely early March, maybe April at the worst.”

“The hope is that he’d be ready in enough time before Mania that they’ll book him in something significant on the show,” Meltzer wrote. “That could be hard because usually when guys are ready to come back in March, the card is made and they start them back right after Mania.”

The former Universal Champion tweeted the following after undergoing surgery:

Owens’ character got written out of storylines last week on Raw following a match against Bobby Lashley. After Lashley pinned him with a powerslam, he continued the assault, turning heel in the process. He dragged Owens to the corner and slammed both legs repeatedly against the turnbuckle post, effectively putting him on the shelf.

When Owens recovers, WWE plans on having him return as a babyface.