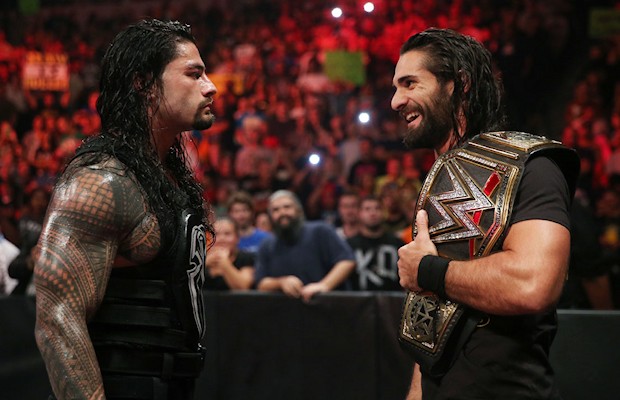 – WWE posted this video with WWE World Heavyweight Champion Roman Reigns looking back at his history with Money In the Bank opponent Seth Rollins:

– Representatives for UFC fighter Paige VanZant confirmed to FOX Sports that WWE officials recently reached out about booking the Dancing With The Stars participant “in some capacity” at SummerSlam in August. No word yet on what role she may have but there has been talks between the two sides. It was noted that negotiations are ongoing as she plans her return to UFC’s Octagon and is scheduled to film a role in “Kickboxer: Retaliation” later this year.

– WWE Hall of Famer Mick Foley, who turns 51 years old today, noted on Twitter that he’s down to 270 pounds, thanks to Diamond Dallas Page’s DDPYoga. Foley has lost 68 pounds in 6 months and is at his lightest weight since 1990. He tweeted: