Home / Wrestling News / WWE News / Roman Reigns On Which Shield Member He Would Choose, Beating The Undertaker and John Cena

Roman Reigns On Which Shield Member He Would Choose, Beating The Undertaker and John Cena 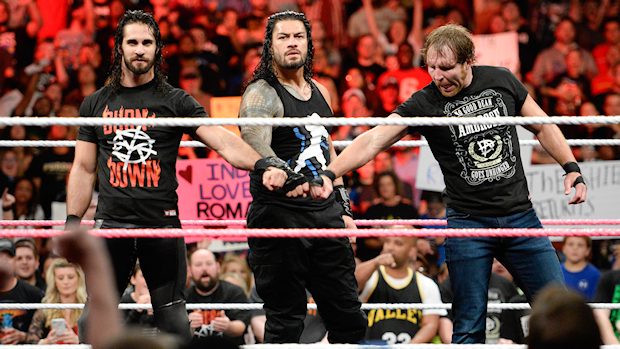 Before Saturday’s WWE live event in New Delhi, India, Roman Reigns spoke to The Times of India. Highlights from the interview are as follows:

What was more satisfying – defeating John Cena or The Undertaker at WrestleMania?

“Beating Cena was more satisfying but it was bigger moment obviously for me beating The Undertaker in one of the biggest Wrestlemania’s of all time. It was just one of those moments in my career that’ll shine no matter what happens or who I get in the ring with. Being in the ring with The Undertaker in the main event, that speaks for itself but there is something very satisfying about beating John Cena.”

How much of an influence The Rock has been on his career:

“To be honest, not that much. He’s such a busy guy that I don’t really get to see him that often. He’s always on the go so I can’t really say that he’s been able to mentor me as much people would think. But anytime I get to see him, It’s really good seeing him. I mean it’s the Rock. He greets you with a smile on his face; he’s always there to help with any advice or even if I just need someone to talk to. Anytime I get to see him, it’s a pleasure and it’s a positive thing. He’s been there and done everything, so the moment you think you’ve achieved a level of success just think about what he’s doing.”

“I believe I and Braun Strowman made for a great rivalry. The chemistry and the stories that we were able to tell were captivating. What I like most about it is that since we’re both younger talents, it was really a need for me to be able to help him and throw some of the experience that I’ve gained to put him on the fast track. And I think it’s definitely helped. From being a Wyatt to being a main-eventer, he’s been a featured guy and a scary dude. If I can just continue to do that with any young talent that I can get in the ring with then my career would be a success.”

If you could choose one of your brothers from The Shield – Seth or Dean – who would it be?

“Ambrose, no doubt. He didn’t swing the chair.”