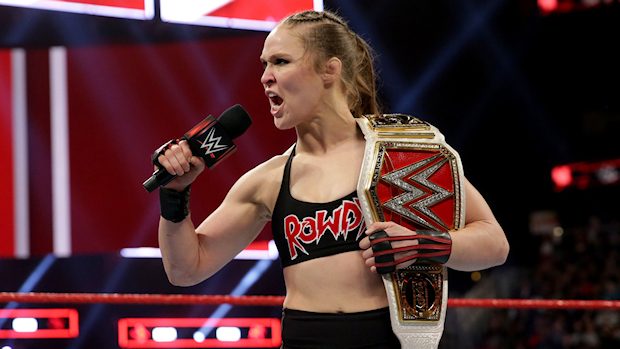 Ronda Rousey loves her job with WWE, but at the same time, she doesn’t need it all.

On Raw this week, Becky Lynch attacked the Raw Women’s Champion with a crutch before getting subdued and arrested. Rousey then called Vince McMahon down to the ring but was instead met by Stephanie McMahon, who barely got a word out before Rousey pleaded that the McMahons drop the charges against Lynch, reinstate her from suspension and place “The Man” back into the Raw Women’s Championship Match at WrestleMania 35. When Stephanie refused, Rousey laid the title and walked out of the ring.

In the latest edition of Ronda on the Road, Rousey was asked about what she could do next after leaving the Raw Women’s Championship behind. She said leaving WWE is not a problem for her.

“So, the second I’m not happy, I reserve the right to walk out the door and live happily ever after with the love of my life. And, The Authority — so they are called in this company — are just used to bullying everyone around. And like I said, they give them just enough for them to live a lavish lifestyle, but still have to come back. I don’t.”