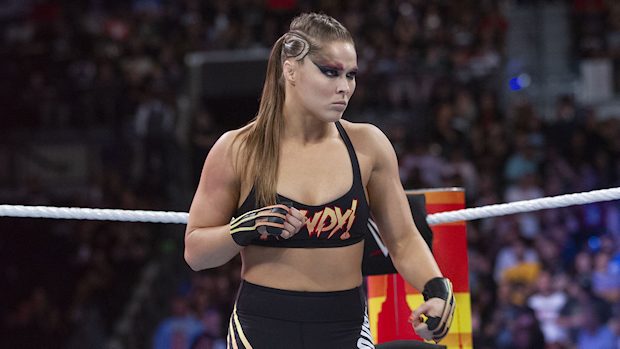 — Sonya Deville confirmed last night that she’s joining the cast of Total Divas and it looks like Ronda Rousey will as well.

According to a report by Squared Circle Sirens, the Raw Women’s Champion has been added to the cast.

Squared Circle Sirens confirmed with multiple WWE sources that Total Divas cameras have been at Rousey’s farm in recent weeks filming her for episodes in season nine.

— Per the McMahon Family, this Sunday’s duel between Braun Strowman and Baron Corbin will now be a No Disqualification Match.

— After losing a Triple Threat Match that forces them to start the WWE Women’s Tag Team Championship Elimination Chamber Match, Mandy Rose and Sonya Deville believe they won’t be at a disadvantage this Sunday.