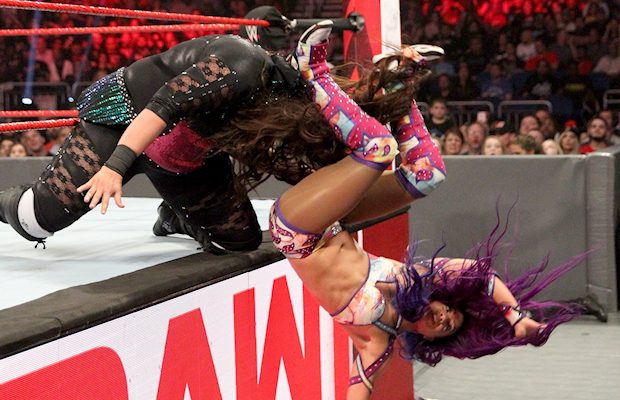 A while ago, Ronda Rousey gave a podcast interview where she named Sasha Banks as a dream opponent but cautioned she wasn’t sure she was ready to have the match just yet. Banks is officially Rousey’s next challenger for the Raw Women’s Championship following a victory over Nia Jax on Raw.

Rousey will defend the Raw Women’s Championship against Banks at the Royal Rumble on January 27 at Chase Field in Phoenix, Arizona. The match was made official on Raw, with Banks beating Jax to earn a title shot.

Rousey appeared on the debut of Alexa Bliss’ talk show, “A Moment of Bliss.” Rousey said she wants to be a champion everyone can be proud of and praised Banks. Jax then interrupted Rousey and Bliss and said she wanted another match against Rousey. Banks came out, said she was honored by Rousey’s comments and would love to face Rousey for the title, and that it would be her pleasure to teach Rousey how to lose with dignity and class.

The angle led to Banks and Jax facing off, with the winner challenging Rousey for the Raw Women’s Championship. Banks forced Jax to submit to the Banks Statement.

There was an awkward spot during the match where Banks attempted a  on Jax which resulted in herself taking a bad landing on the floor.