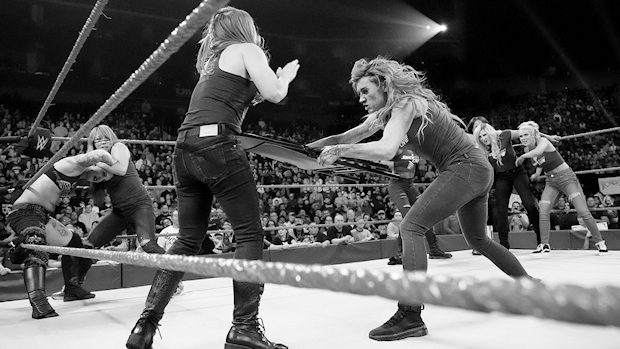 The feud between Becky Lynch and Ronda Rousey isn’t going away anytime soon.

Rousey took to Instagram on Wednesday to explain her and take more shots at Lynch and Flair.

Never one to back down from a war of words, Lynch fired back.

Flair chimed in, but only responded to Rousey saying she got lucky at TLC.