Rosa Mendes Reveals Her Plan For Returning To WWE - PWPIX.net

Rosa Mendes Reveals Her Plan For Returning To WWE 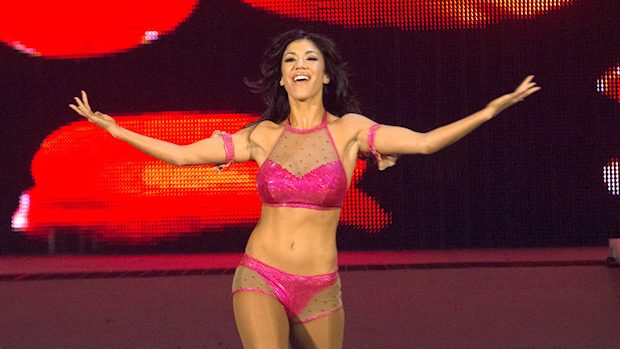 Rosa Mendes says she plans to “dominate” the independent wrestling scene in an effort to impress WWE officials and one day return for a Hall of Fame worthy run.

After retiring from wrestling following her departure from WWE in February 2017, the 38-year-old mother made her return last month at an independent wrestling event in Maryland.

“I feel because of who I was and because of my character and being a manager. I know some managers have, but if you look back, my best time as a manager was with Primo and Epico, and I did a lot in those matches. They got the tag team titles but I just feel like I don’t think it would happen, and I don’t think I would deserve it. I feel like once I go back I want to be inducted into the WWE Hall of Fame. I want to make history and I want people to respect my work in the ring.”