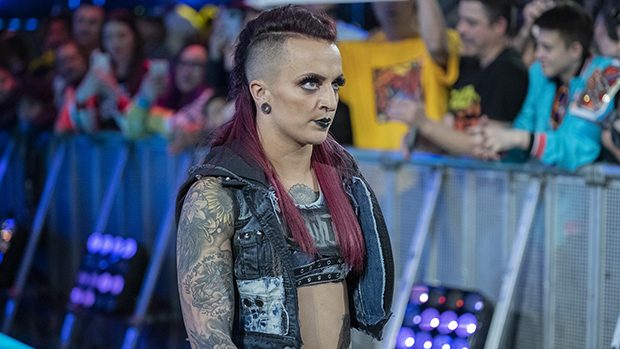 WWE reported in May that Riott underwent successful surgery to repair a bilateral injury to her right shoulder and that she would have to undergo a similar surgery on her left shoulder at a later date. The Raw Superstar underwent shoulder surgery again on Tuesday and she posted this photo of herself lying on a hospital bed shortly before the procedure.

Riott isn’t expected to return to action this year, according to Fightful.com. WWE hopes to have her back in time for the Royal Rumble in January 2020.

The Riott Squad broke up on April 16 as a result of the 2019 WWE Superstar Shake-up, with Liv Morgan leaving Riott and Sarah Logan behind on Raw for SmackDown LIVE. Riott stopped appearing on television after losing to Dana Brooke on the April 22 episode of WWE Main Event. She continued wrestling at house shows, with her last match taking place on May 17 in Cardiff, Wales. With Morgan by her side (they continued teaming through May), Riott competed in Fatal 4-Way Match for the Raw Women’s Championship against Raw Women’s Champion Becky Lynch, Lacey Evans and Tamina. Lynch won the match to retain her title.