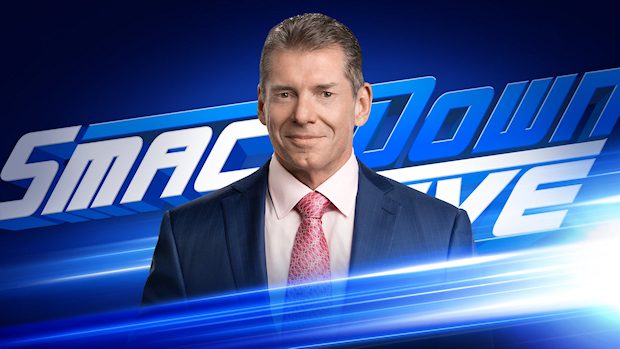 Just three hours before SmackDown LIVE went on the air last night from Detroit, Michigan, Vince McMahon tore up the script for the entire show.

This is according to Wrestling Observer Newsletter editor Dave Meltzer on Twitter, who said that the main event was changed from a singles match between WWE Champion Kofi Kingston and Daniel Bryan.

Meltzer then noted at 6:43 p.m. EST. that McMahon changed the main event to a tag team match pitting Kingston and Xavier Woods against Bryan and Rowan.

That match did not go down as Woods teamed up with Big E instead, which resulted in the two beating Bryan and Rowan via disqualification.

According to Mike Johnson of PWInsider, the original plan for last night’s main event was Kingston vs. Andrade. Following a production meeting, however, the main event got changed to Kingston and Woods vs. Bryan and Rowan. Then an hour before SmackDown went on the air, the decision was made to pull Kingston from the main event and replace him with Big E.

Johnson also notes that all changes were made by McMahon.