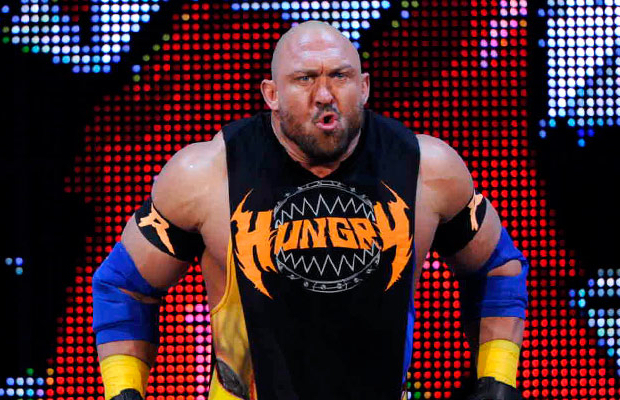 – Ryback recently spoke with Slam Wrestling to promote next Monday’s WWE RAW from Montreal. The full interview can be found at this link. Below are highlights:

“It constantly evolves. We are very fortunate to have that developmental system now, with guys from the past, legends of the WWE. Triple H has gone out and brought some of the best wrestlers in the world to NXT and when you’re bringing great wrestlers like that it does nothing but step-up the competition from everyone around it. It’s a very exciting period for WWE right now because what it does is when these guys will come to the main roster, it makes everybody work harder. When you have a competitive environment like that, everybody wins.”

Crowd reactions and the post-WrestleMania fans:

“I’ve learned from John Cena early on that as long as the crowd is making noise, let them make noise. The whole point of this is that this is entertainment, this is WWE, you pay for a ticket, you come out, you want to have a good time. Ultimately, we would like to be the ones that dictate the responses, but sometimes, that’s not the case. And if we have a crowd like that that just want to have fun, who wants to do the wave, who wants to chant, let them chant whatever they want to chant.”

“In my head we’re stupid to try. The best thing to do is to have fun and let go and just soak up the moment and just live the moment. I’m at a point in my career where I’m having so much fun. I don’t want to say being in the ring is getting easy, but everything is like a baseball player who sees the ball really slow and who’s on a hot streak. I feel like my mind is working very efficiently in the ring right now and I’m very confident. The crowd was having the time of their life screaming and so was I. I know sometimes, guys get a little upset when they’re in there wrestling and doing moves and the fans chant whatever they want to chant. Well, my thing is just slow down, take it all in, and quit doing so many moves and just listen to the crowd — because you can get control over them again if you know what you’re doing. I love people having fun here. This is why we all do this for. It was a special night after WrestleMania. I’m not saying that’s what we want all the time, but once or twice a year, it’s a really fun time.”