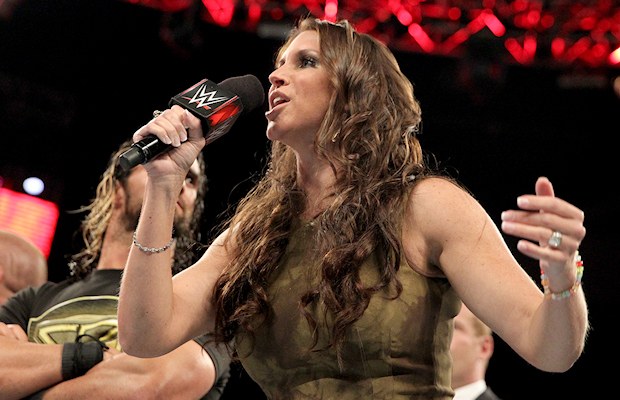 – Below is a clip from Chris Jericho’s interview with Stephanie McMahon where she talks about her relationship with her husband Triple H:

– Vince McMahon tweeted the following thanks to a WWE employee named Gale, who has been with the company for 30 years. This photo may be from the WWE staff party that Stephanie mentioned on Thursday night.

Congratulations to Gale on 30 years of service at @WWE. pic.twitter.com/52VNQSWdzH