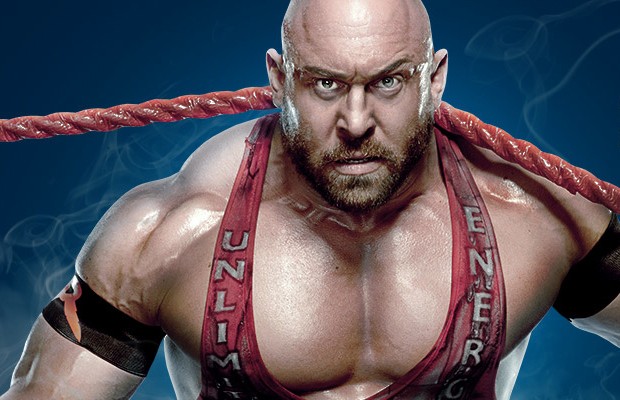 – Heath Slater vs. Jack Swagger kicks off round 2 of the NFL Madden tournament on Xavier Woods’ “UpUpDownDown” YouTube gaming channel, as seen below:

– WWE’s website is running a new poll asking fans which WWE Superstar or Diva would make the best Halloween costume – Stardust, Roman Reigns, Bray Wyatt, John Cena, Paige, Corporate Kane, Demon Kane, Sheamus, Sting, Sasha Banks or The Undertaker. With over 5,000 votes, 17% have voted for Stardust and The Undertaker while Sting is close with 16% and Demon Kane has 15%. The next closest is Wyatt with 10%.

– WWE Intercontinental Champion Kevin Owens took a shot at Ryback on Twitter this weekend after he referenced “psychic and shaman” Miss Cleo. This led to Ryback apparently taking a shot at Owens’ weight, as seen below:

Just got off the phone with Miss Cleo she said she sees a Meathook and a Shellshock in #WWEStLouis tonight! #FeedMeMore

Wow! You actually found something even more ridiculous to believe in than that stupid book. Good job! https://t.co/N7rZOowMKq

Miss Cleo just called The Big Guy back and has asked I pass this along to @FightOwensFight #WWEBloomington pic.twitter.com/N1iDMFcyJp

So you bought a lean pocket to eat while you read your dumb book? Cool! Thanks for sharing. Good tweet! https://t.co/Sz1Jd2Y4iz

Related Items
← Previous Story Backstage Update on John Cena Taking Time Away from WWE, What He’s Saying
Next Story → Why Were WWE Cameras and Bayley at a Florida Indie Event Last Night? (Photos)