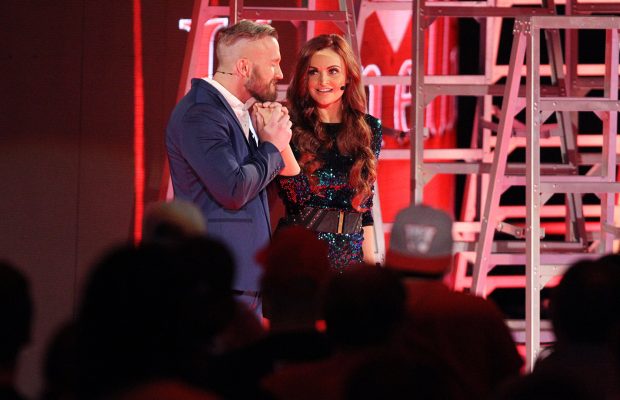 – Ringside Collectibles posted these videos of Noelle Foley playing “Guess That Wrestler” with fans at the San Diego Comic Con last week, and getting cosplayers to cut promos for WrestleMania.

– The feud with Sami Zayn vs. Mike & Maria Kanellis continued on this week’s SmackDown after Sami’s short, upset loss to Aiden English. After the match, a shocked English left before Mike & Maria came out with a mic. They commented on how much they love each other and how much they love Sami’s loss. Mike recently defeated Sami in his WWE in-ring debut on SmackDown but Sami got the win back at the Battleground pay-per-view. No word yet on what WWE has in store for English after the shocker. Below is video from the match and post-match segment: