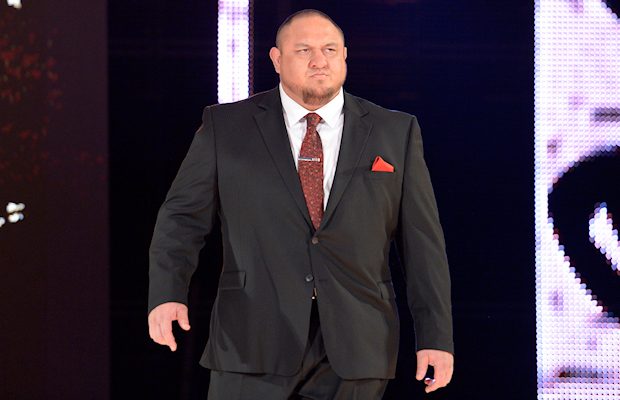 – Having marked his passage from NXT to Raw by taking out Seth Rollins last week to the tune of a torn MCL, Samoa Joe made it official at the start of this week’s show by signing an official contract to join the Monday night roster (despite Raw General Manager Mick Foley’s less-than-enthusiastic reaction).

Joe wore a suit for the segment, which seemed uncharacteristic for his character. Dave Meltzer noted on the post-Raw edition of Wrestling Observer Radio that the idea was to have him look like a mob hitman.

– Celebrating a birthday on Wednesday is former WWE Superstar Jim “The Anvil” Neidhart. The father of Natalya turns 62-years-old.