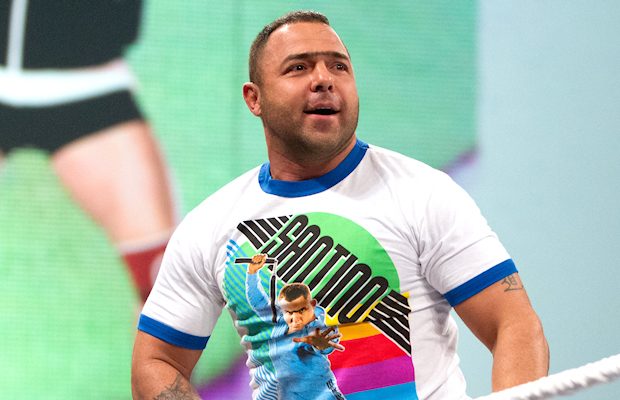 – WWE NXT Superstar Brennan Williams plays Dead Or Alive Volleyball 3 with Xavier Woods in these new videos from the “UpUpDownDown” YouTube channel. They are joined by Tye Dillinger, Angelo Dawkins and Dash Wilder.

– We noted earlier via The Wrestling Observer Newsletter that former WWE Superstar Ryback had entered into preliminary negotiations with the Combate Americas MMA promotion. It was speculated that the talks would go nowhere as that promotion isn’t into paying big money to fighters and that’s what Ryback is looking for – a big payday. In a correction on that report, the Observer noted today that the subject of Ryback talking to Combate Americas has come up, the talks were not anything serious and it’s incorrect to say there have been preliminary negotiations.

– It looks like Santino Marella is looking to further his acting career as he posted the following warning for Hollywood: