Charlotte On Adding ‘Flair’ To Her Name, People Saying She Wasn’t Diva Material, Being A Heel 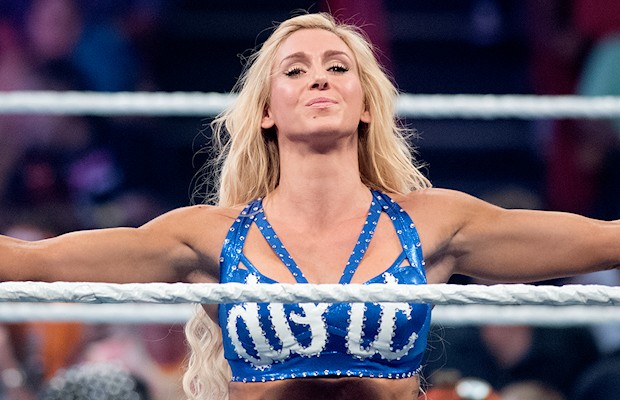 Prior to losing the Raw Women’s Championship to Sasha Banks on Raw, Charlotte Flair spoke to the Orlando Sentinel. Here are highlights from her interview:

Before I debuted, there was a lot of media saying Charlotte wasn’t Diva material, she had a different look. But the same people who now [praise me as] the 3-time women’s champion were the same people who said, ‘Does she have the diva look?’ So you can’t get caught up in people’s opinions. What is the diva look? You know? I’m 5-10 and I’m blonde! How much more diva… I took that [criticism] to heart.

I didn’t even think about good guy, bad guy when I started. I was that unfamiliar with the business. I never wrestled, I’d never done the [independent circuit], never dreamed about it. I just knew my dad was Ric Flair and I really loved watching him. At my size [5-foot-10], it was easier to be a heel. What I learned was, ‘OK, people already think you’re that way, might as well go ahead and act that way.’ That way, being a heel became easier — because it was very hard for me to deal with the criticism of being his daughter. Once I realized I could own it, I was like, all right, guys.

On being billed as Charlotte Flair now instead of Charlotte:

Obviously we haven’t shied away from being my dad’s daughter, but I think it was the company’s way of saying she can do it and she can own it. And that’s pretty cool. It’s weird to have two names now. It makes for a longer [autograph] signing. My hand’s cramping more. [laughs] But I think it was cool the company was putting that much thought into my growth and my character. It really does make a difference.

Charlotte also discussed life on the main roster versus NXT, pranks, her WrestleMania 32 match against Sasha Banks and Becky Lynch, and more. You can check out the interview here.