Home / Wrestling News / WWE News / Sasha Banks Being Added to the WWE Divas Title Match at Hell In a Cell?, Teaser for RAW

Sasha Banks Being Added to the WWE Divas Title Match at Hell In a Cell?, Teaser for RAW 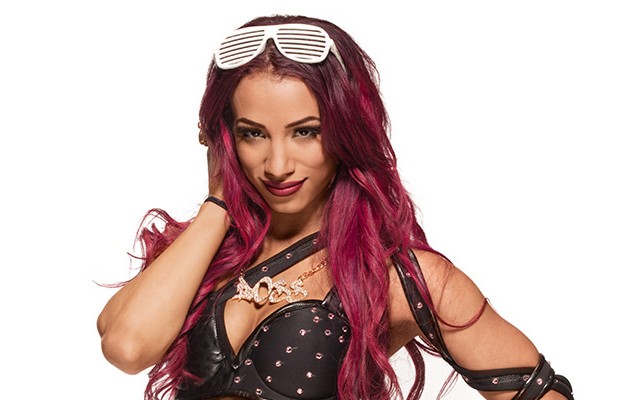 – The original plan for WWE’s October 25th Hell In a Cell pay-per-view was to have Charlotte defend her WWE Divas Title against Paige and Nikki Bella in a Triple Threat. However, there’s been speculation that Sasha Banks may be added to the match to make it a Fatal 4 Way after Sasha pinned Nikki in Team BAD’s win over Team Bella on SmackDown.

It looks like the situation will play out on Monday’s RAW as WWE posted the following teaser:

Paige’s streak of stealing the spotlight ceased at Madison Square Garden on Saturday when Charlotte and Becky Lynch turned the tables on her by abandoning her during their match against Team Bella. However, while that situation continues to develop, the members of Team B.A.D. are stealthily positioning themselves as a serious threat to Charlotte’s Divas Championship reign. In SmackDown’s Six-Diva Tag Team Match, Team B.A.D. defeated Team Bella when Sasha Banks made Nikki Bella — the longest-reigning Divas Champion of all time — tap out to the Bank Statement.

As the Divas division continues to implode, will Team B.A.D. continue to capitalize on the chaos this week?