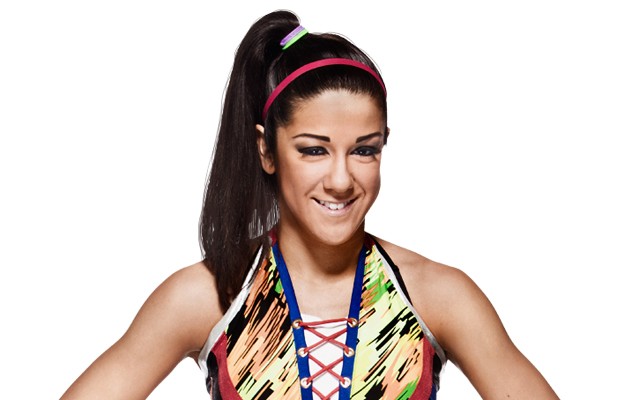 – WWE’s website has a new poll asking fans who had the roughest night at Madison Square Garden on Saturday – Big Show for going to Suplex City, Seth Rollins for getting destroyed by Kane, Paige for being left alone in the six-Divas match, Xavier Woods for going through a table or Rusev for getting Brogue Kicked by his partner Sheamus. With over 3,000 votes, Big Show is leading with 44% while Rollins is next with 24% and Paige is right behind with 21%.

– Triple H posted this photo of WW NXT Women’s Champion Bayley learning to keep time at the NXT matches from the “Louder Than Life” festival today:

Naomi getting her hair slayed! So we called in a back up @WWECesaro #BTE #WWEPortlandME pic.twitter.com/J46aQa7ehk