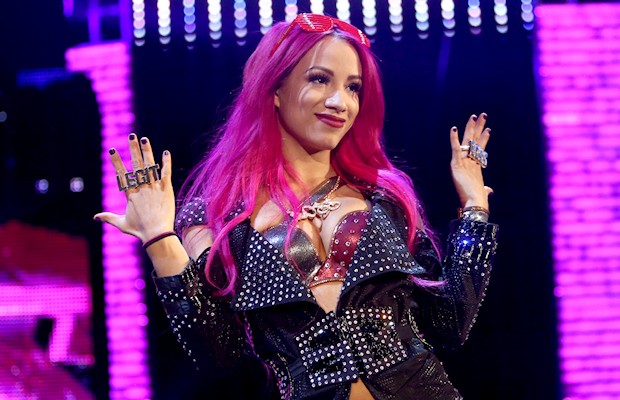 – In the backstage RAW video below, JoJo talks to Michael “PS” Hayes about The Fabulous Freebirds going into the WWE Hall of Fame this year:

– As noted, Sasha Banks vs. Becky Lynch for a chance to face WWE Divas Champion Charlotte at WrestleMania 32 ended with a double pin on tonight’s RAW. The two will wrestle each other again on this week’s SmackDown with the winner going on to WrestleMania.

– WWE Hall of Famer Pat Patterson was backstage for tonight’s RAW in Nashville. Here he is giving pointers to Dolph Ziggler before the match with The Miz:

@heelziggler gets some last minute pointers from #WWE Hall of Famer #PatPatterson before heading out to face @mikethemiz! #RAW