Scott Hall Talks About His Legacy, If He Blames Pro Wrestling for His Personal Troubles, More 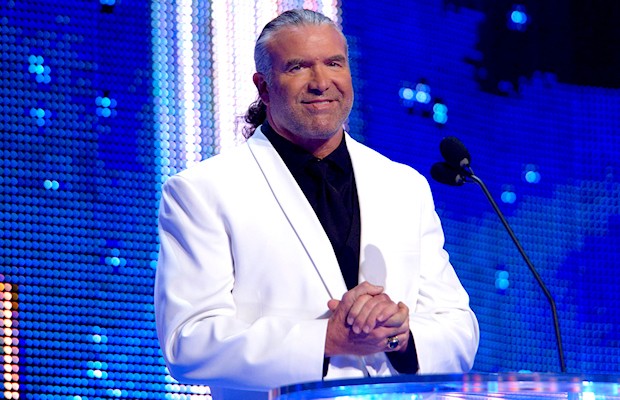 – WWE Hall of Famer Jim Ross recently spoke with fellow Hall of Famer Scott Hall for the FOX Sports website. The full article is at this link. It was noted that Hall took Antabuse during WWE SummerSlam weekend in Brooklyn to help him stay sober. Antabuse makes a person very ill when mixed with alcohol. Hall told JR that he “hated being sick even more than he used to enjoy drinking” so the Antabuse works. It was also noted that WWE previously paid for at least six of Hall’s rehab stints and the company suggested he try psychotherapy so that the root problems he was trying to deal with could be addressed instead of just the symptoms.

Below are highlights from JR’s interview with Hall:

Hall on Jake Roberts and Diamond Dallas Page offering to help him:

“What did I have to lose? I was drinking myself to death. I don’t even know why I answered the phone when Dally and Jake called because I wasn’t answering any calls or talking to anyone. I guess it was fate. Jake was one of my professional heroes and Dally was always a great friend. It was just the two of them and me in Page’s home.”

Hall on the lifestyle he was living:

“I always wanted to be a main eventer in pro wrestling. I lived my dream but the excess of the ’80s and the huge money of the ’90s became a great temptation for many of us. After working in a main event, on the advice of one of my peers, I took my downers, Xanax was my drug of choice, before I stopped sweating and got into the showers. Then I’d have a few beers on the drive to the hotel and then hit the rack to make that 6 a.m. flight. Some nights we wouldn’t go to bed at all and hit the hotel bar and then hit a diner, eat and then get to the airport to sleep on the plane.”

Does Hall blame the business for his troubles?

“Absolutely, not. Never. I just blame myself. If I want to know who the culprit is I simply look in the mirror. All my friends that died much too early have themselves to blame and no one else.”

“My life is like driving down a road. I occasionally glance in the rearview mirror but I’m not focused on the past or looking back anymore. That’s why the windshield is bigger than the review view mirror. I prefer to look ahead, make my short term goals, and focus on today. I’m where I’m supposed to be but not where I want to be. Thank God I’m not where I used to be. I’m OK and I’m on my way one day at a time. Help awaits everyone if they truly want it.”