The Rock On Scott Hall's Influence On His Wrestling Career, Maria Kanellis On Her Return To Action - PWPIX.net

Home / Wrestling News / WWE News / The Rock On Scott Hall’s Influence On His Wrestling Career, Maria Kanellis On Her Return To Action

The Rock On Scott Hall’s Influence On His Wrestling Career, Maria Kanellis On Her Return To Action 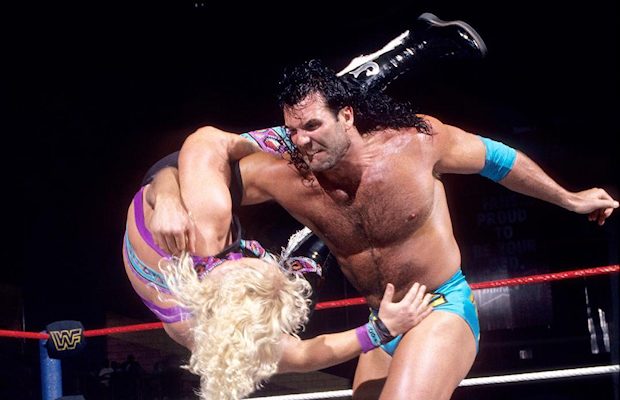 – Scott Hall celebrated a milestone birthday on Saturday as the WWE Hall of Famer turned 60 years old. Dwayne “The Rock” Johnson tweeted Hall a happy birthday message and said he often studied Hall’s matches while wrestling in Memphis, Tennessee (in 1996 for the United States Wrestling Association, which also served as a developmental promotion for the World Wrestling Federation). The Rock said Hall heavily influenced his “work style.”

I studied the fuck outta Scott’s work and while working for Jarret in Memphis, I watched his matches nightly back at my apt. Big influence on my work style. Happy Birthday Bad Guy 👊🏾

You took it to another level Rock. Thanks for the birthday wishes https://t.co/K000me5Rzu

The Rock and Hall crossed paths in early 2002 when the New World Order invaded the WWF as Vince McMahon’s hired thugs. The nWo targeted The Rock and “Stone Cold” Steve Austin, which led to a series of matches between them. The Rock and Hall’s one and only singles match, which aired on SmackDown on March 7, 2002, ended in no contest. They then traded wins in four televised multi-man matches later that month.

In the video below, The Rock and Austin clash with Hall, Hollywood Hogan, and Kevin Nash in a 3-on-2 Handicap Match on Raw on March 11, 2002.

– WWE Evolution will see the in-ring return of Maria Kanellis, who WWE added to the Women’s Battle Royal last Friday. On wrestling her first match inside a WWE ring in eight years, Kanellis wrote the following on Instagram:

Kanellis last wrestled for WWE on February 23, 2010, in a match taped for WWE Superstars. She teamed with Matt Hardy and The Great Khali in a loss to The Hart Dynasty (David Hart Smith, Tyson Kidd and Natalya). WWE released Kanellis three days later.