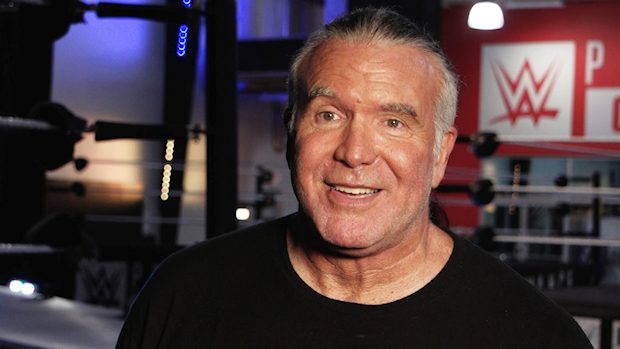 – Scott Hall, who recently visited the WWE Performance Center to mentor the next generation of NXT Superstars, was particularly impressed with Lacey Evans.

The WWE Hall of Famer took to Twitter on Saturday to endorse “The Lady of NXT.”

I predict @LaceyEvansWWE will be huge WWE Superstar

In the video below, Hall proudly talks about passing his wisdom to the up-and-coming talent at the WWE Performance Center.

– WWE.com has a poll asking fans: “Who should R-Truth have to defeat to earn a United States Championship Match?”

Carmella is included in the poll because this past week on SmackDown LIVE, R-Truth thought the best way to get a title shot against Nakamura at SummerSlam was to defeat Carmella, much like Charlotte Flair did.

WWE also played this up with a Tale of the tape between R-Truth and Carmella.