See Video Of Darren Young's Injury Last Monday (It Looks Bad), How Long He May Be Out Of Action - PWPIX.net

Home / Wrestling News / WWE News / See Video Of Darren Young’s Injury Last Monday (It Looks Bad), How Long He May Be Out Of Action

See Video Of Darren Young’s Injury Last Monday (It Looks Bad), How Long He May Be Out Of Action 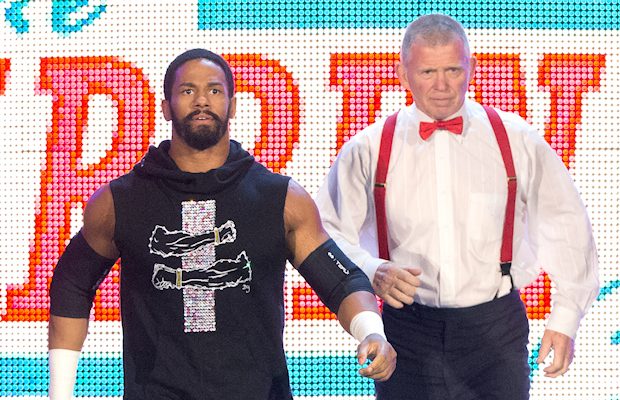 We learned last week that Darren Young suffered an arm injury during the WWE Main Event taping on Monday night before Raw. The WWE Superstar would then say that he suffered a “Hyperextension which resulted in a traumatic dislocation and fracture of the coronoid process of the right elbow.”

On Friday, Young posted a photo of how his arm looks like now.

On Saturday, Young tweeted a clip of the injury from the latest episode of WWE Main Event. As you can see here, Epico pulls Young’s leg out, who then lands awkwardly on the apron before rolling to ringside.

#meVSme Injuries is a part of a sports entertainers life; u have 2 live with it. U can't be down because it is not going help. #blockthehate pic.twitter.com/7j2zq1IL0A

Epico attempts to get Young up, stopping abruptly before stomping him as the referee exits the ring. The referee checks on Young briefly before getting back in the ring as the WWE goes to a commercial break.

The trainer is then seen tending to Young at ringside following the commercial break. The referee calls off the match Young appears to be injured. Young heads to the back with Bob Backlund as Epico celebrates with Primo in the ring.

According to Dave Meltzer in the latest edition of the Wrestling Observer Newsletter, the preliminary diagnosis is that Young will be out of action for six months.