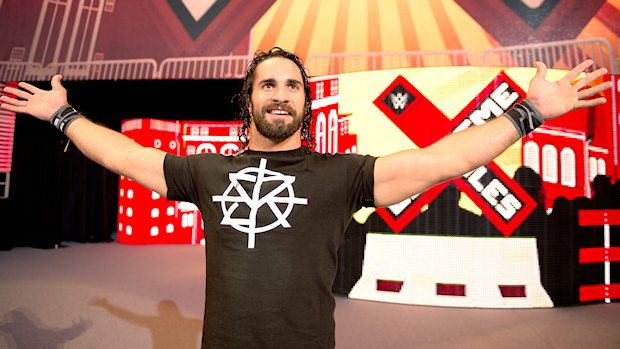 – As noted, Bray Wyatt vs. Seth Rollins will happen at the July 9th WWE Great Balls of Fire pay-per-view. In the video below, Rollins talks to Mike Rome after his win over Curt Hawkins. Rollins says he didn’t understand half of what Wyatt said after the match but he does accept Wyatt’s challenge for Great Balls of Fire. Rollins says if Wyatt wants some, count him in.

– As noted, Akira Tozawa has officially signed with Titus Worldwide, joining Titus O’Neil and Apollo Crews in the stable. Titus has signed Tozawa to face WWE Cruiserweight Champion Neville at Great Balls of Fire. Tozawa debuted his new look on last night’s RAW and many are comparing it to the look of a Yakuza enforcer. You can see the new look in the photo below:

Set up in the #TitusWorldwide VIP area is none other than @TozawaAkira to take in the #Cruiserweight action! #RAW #205Live pic.twitter.com/Uqrz15bBHI