Seth Rollins To Defend The Intercontinental Title This Monday Night On Raw - PWPIX.net 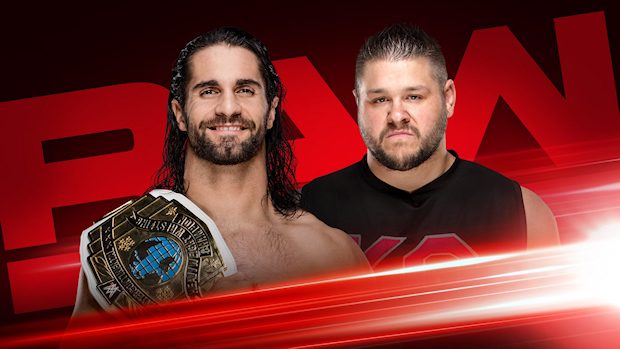 The Intercontinental Championship will again be on the line as Raw comes to London, England on Monday night.

WWE has announced that Rollins will defend the Intercontinental Championship against Kevin Owens on tomorrow night’s show, which will be taped at the O2 Arena.

After putting the Intercontinental Championship on the line last week on Raw against Mojo Rawley, Rollins said on Twitter that he’s considering another open challenge.

Highly considering another Open Challenge for the IC Title this Monday in London. @MojoRawleyWWE put in a career performance last week. Interested to see who wants to step up to the plate this time. #MondayNightRollins #fightingchampion #brockwho

Owens responded to Rollins in a video posted on WWE’s Twitter account. Rollins then replied to KO, stating very clearly that he planned to take Owens down on Monday night.

Rollins issued his first open challenge on last Monday’s Raw, defeating Rawley. He also defended the Intercontinental Championship against Finn Balor the week before and went on to retain against The Miz at WWE Backlash.