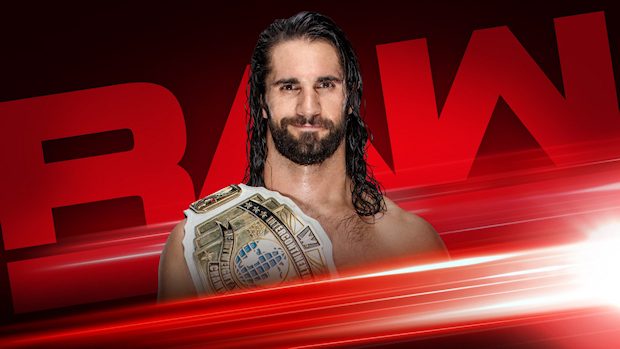 An Intercontinental Championship Open Challenge is set for Raw tonight.

This past Monday night on Raw, Dean Ambrose led Intercontinental Champion Seth Rollins on a wild chase through the STAPLES Center, culminating in a physical altercation that left “The Kingslayer” laid out in the middle of the ring. In response, Rollins will look to “refocus” on their upcoming showdown at WWE TLC by testing himself with an Intercontinental Championship Open Challenge.

Time to refocus heading towards Ambrose and #TLC. I learn the most by testing myself…so the #ICTitle Open Challenge returns tomorrow night on #Raw. #mondaynightrollins It’s go time.

If Braun Strowman is able to wrestle at WWE TLC (he is undergoing surgery today for bone spurs in his elbow), he’ll face Corbin in a Tables, Ladders & Chairs Match. The stipulation is that Strowman will get a shot at Brock Lesnar’s Universal Championship at the Royal Rumble if he defeats Corbin. If Corbin wins, he’ll become the permanent General Manager of Raw. Corbin, however, will lose his General Manager power if Strowman wins.

Raw tonight takes place at the Fiserv Forum in Milwaukee, Wisconsin. Bobby Roode and Chad Gable challenging AOP for the Raw Tag Team Championship and Elias vs. Bobby Lashley have also been confirmed for the show.