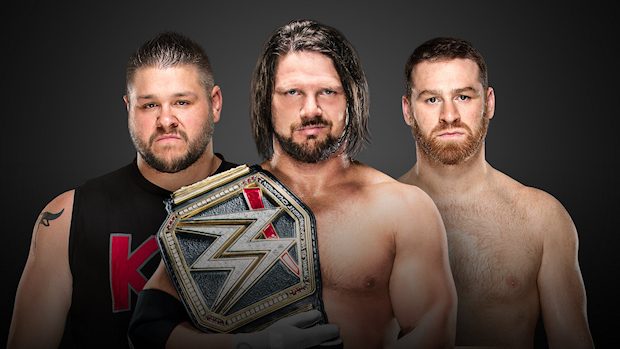 While AJ Styles is still scheduled to defend his WWE Championship against Kevin Owens and Sami Zayn at Fastlane, it looks like there will be another person joining them.

WWE had Shane McMahon announce on Twitter today that the winner of Dolph Ziggler vs. Baron Corbin on next week’s episode of SmackDown LIVE will be added to the Fastlane main event:

An unexpected end to #SDLive with a triple threat match made for #WWEFastlane…I’m going to make a bit more interesting.

Next week: @BaronCorbinWWE vs. @HEELZiggler. The winner is added to the match and makes it a #Fatal4Way for the @WWE title.

Next week’s episode will be the first time Ziggler has appeared on SmackDown LIVE since Dec. 19. After winning the United States Championship at Clash of Champions, there was a storyline where he left the title in the ring and walked out. Bobby Roode then went on to win the championship in a tournament.

Ziggler returned at the Royal Rumble, coming in as a surprise entrant at No. 2 30 and being eliminated by Finn Balor after two minutes

Both Ziggler and Corbin were left off the “SmackDown Top 10 List” that debuted as a ranking system this Tuesday.

Fastlane is SmackDown’s last pay-per-view before WrestleMania and will take place at the Nationwide Arena in Columbus, Ohio on Mar. 11. Before Shinsuke Nakamura won the Royal Rumble, the venue had been advertising Styles vs. Nakamura vs. Owens vs. Zayn vs. Randy Orton as the main event.