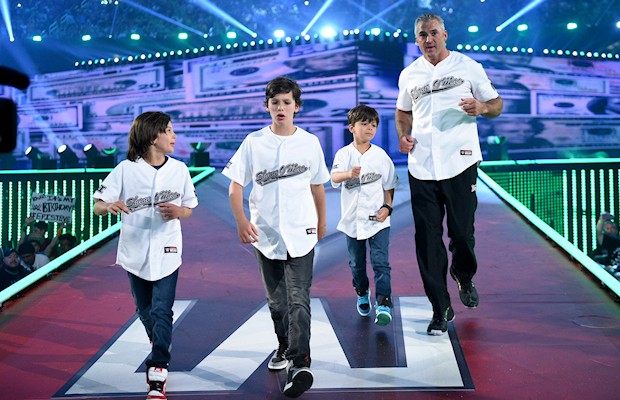 Declan, who is 12-years-old, agreed with the fans who thought the decision to stop the main event between Finn Balor and Samoa Joe due to Joe’s bloody eye was the wrong thing to do.

With Linda McMahon and Stephanie McMahon sitting close by, he did, however, decide against joining in with the chants of “f**k PG” that followed.

Linda can be seen turning to her grandson and could have told him to stop, while Stephanie laughed along with the chants after an initial look of shock.

Joe’s eye was cut open within 30 seconds of the main event starting after catching a hefty blow to the temple from Balor. Blood streamed from his head immediately and as per WWE’s regulations, medical staff tried to plug the wound before allowing the match to continue. The wound, however, was so deep that it caused persistent problems throughout the contest.