The Shield To Wrestle Together At SummerSlam? - PWPIX.net

Home / Wrestling News / WWE News / The Shield To Wrestle Together At SummerSlam?

The Shield To Wrestle Together At SummerSlam? 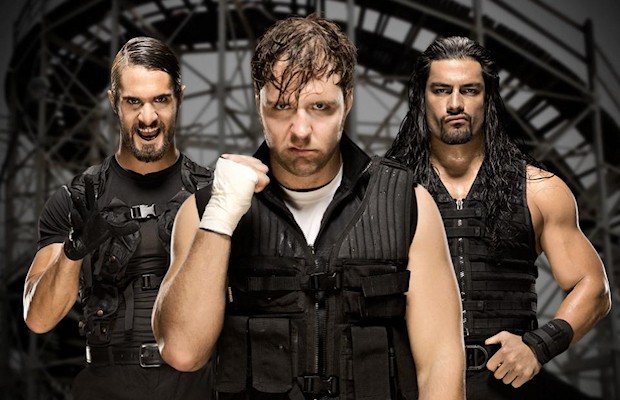 At WWE Payback in May, the three former members of The Shield faced each other in a Fatal 4-Way Match for the WWE World Heavyweight Championship—Randy Orton was the other participant. During the contest, Dean Ambrose, Seth Rollins and Roman Reigns briefly reunited to apply a Triple Powerbomb to Orton on the commentators’ table. Immediately afterwards, Rollins attempted to convince Reigns and Ambrose to do their signature fist pose together, but they attacked him.

This may not have been the last time fans saw The Shield. According to Wrestling Observer Newsletter editor Dave Meltzer, WWE officials made tentative plans for the former group to reunite as babyfaces for a match at SummerSlam on August 23.

On the F4WOnline.com message board, a fan predicted that The Shield would reunite at WWE Battleground during the WWE World Heavyweight Championship Match between Rollins and Brock Lesnar. He wrote, “Even if it doesn’t make sense, I’m calling this. Ambrose has nothing to do, Reigns is in a shit feud, Rollins has no backup, Brock can’t really win the title this soon but should not lose clean. Just seems too iffy to me. Even if it doesn’t really make a lot of sense. Or a DQ schmoz, which is more likely.”

Meltzer responded on July 15, “I’m not saying it’s not happening. But I got some SummerSlam notes that had them as faces still on that show. There have been a few injuries including regarding their match so it could have changed. But def.not the plan about ten days ago.”

Shortly after The Shield broke up in June 2014, Meltzer reported in the Wrestling Observer Newsletter that WWE had made tentative plans for the group to have a reunion in late 2015 or early 2016. The trio would be kept apart, but be brought together for a brief time period.