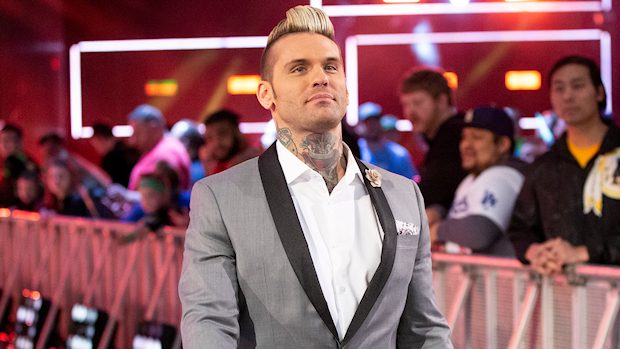 – WWE merchandise is generally reserved for in-ring talent, so it’s rare when the company makes a T-shirt bearing the likeness of an announcer. However, Corey Graves made it happen, at least for a short time.

Graves’ weekly banter with Byron Saxton on Smackdown LIVE turned into a marketing slogan and fans called for WWE to take advantage of it by creating some merchandise. Last week, WWE Shop began selling a T-shirt reading “Shut Up Saxton” before pulling it on Monday.

It didn’t take long for WWE to come up with a design.

Whoa. This is actually a thing! Thanks guys. Now buy many of them…please.

Graves tweeted the following last night on the T-shirt getting pulled from WWE Shop.

Out of my hands. We tried.

– Charlotte Flair had her first televised singles match on the July 17, 2013, episode of NXT, where she defeated Bayley. WWE posted footage of the match today.