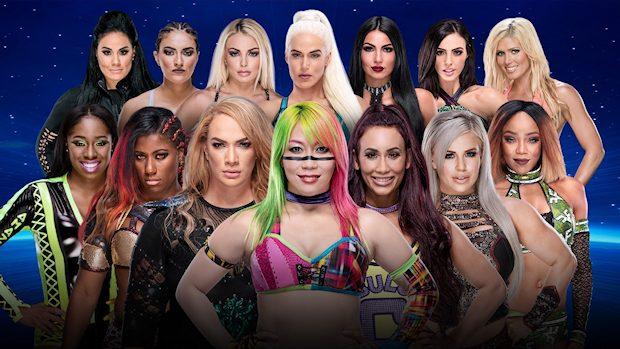 The future will be rewritten at WWE Evolution in more ways than one as Raw brought the announcement of a Battle Royal to determine a future Women’s Championship challenger.

It was not revealed how many competitors will participate in the match.

The announcement was made during Raw while a tag team match pitting Nia Jax and Ember Moon against Dana Brooke and the returning Tamina took place. Jax and Moon came out on top after “The War Goddess” nailed Brooke with the Eclipse. But after the victory, Jax found herself overwhelmed by the unlikely alliance of Moon and Tamina, who tossed “The Irresistible Force” over the top rope. While they began to throw down, Dana made her move, sneaking up behind them to dump both women to the outside

Tamina made her return to the ring after undergoing surgery for a right shoulder supraspinatus tear on January 31.

A number of SmackDown LIVE Superstars set for the Historic Women’s Battle Royal Match aren’t happy with the announcement.

Immediately after the announcement was made on Raw, Carmella tweeted this GIF of herself.

Naomi replied to WWE’s announcement with an image of her looking upset.

Similarly, Lana tweeted a GIF of her looking upset.

Naomi also tweeted this GIF in response to a fan criticizing WWE for throwing the women in a battle royal.