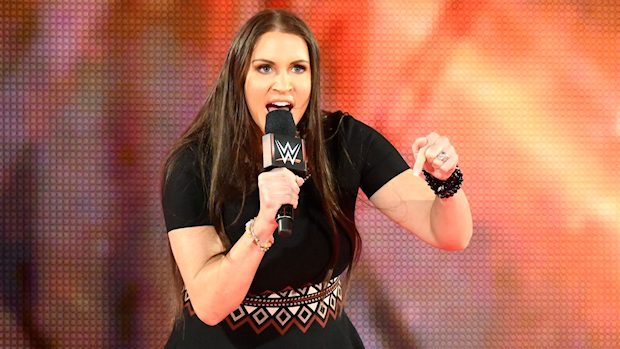 – During an interview at a Make-A-Wish event last Monday at the Hard Rock Cafe in New York City, Stephanie McMahon said she would love to return to the ring.

“I would love to do it,” Stephanie said when asked if she would like to return to the ring. “I think anytime I have the opportunity to be physical in the ring, it’s a privilege for me. So if, you know, the storyline and our audience demands it, then, of course, I’m going to give it to them.”

– Natalya, Carmella, and Bayley are guests on the latest edition of Chasing Glory with Lilian Garcia as they discuss the first-ever Women’s Royal Rumble Match. Becky Lynch is also on the show as Lilian Garcia’s co-host. You can listen to the interview on PodcastOne or iTunes.