Stephanie McMahon Speaking Today, Scott Hall Confirms He Will Be In NYC with WWE, DDP’s Wedding 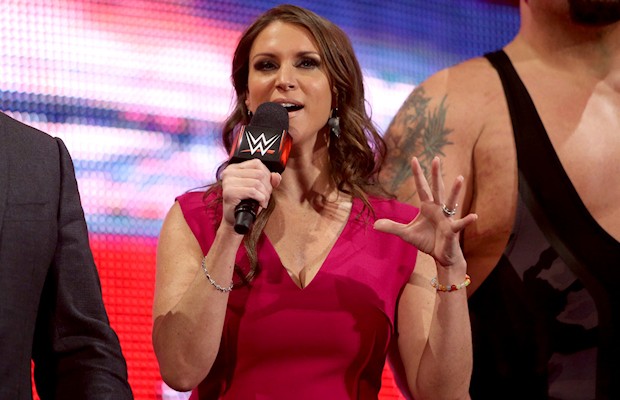 – We noted back in July that Diamond Dallas Page got married to girlfriend Brenda Nair in Cancun, Mexico. US Weekly has a few photos and details from the wedding at this link. It was noted that DDP’s life-long friend and motivational speaker Rick Kolster presided over the ceremony while former WWE and WCW star Marc Mero led the blessing over the wedding meal during a beachside reception.

– Stephanie McMahon is the keynote speaker at the ANA Marketers Sponsorship & Event Marketing Conference in Elmont, New York today. She tweeted this photo:

Excited to speak with @danlovinger at the #ANAMarketers Conference about the power of partnership @nbcuniversal pic.twitter.com/41eUOofsFi

– WWE Hall of Famer Scott Hall confirmed on Twitter that he’s arriving in New York City on Friday night for the SummerSlam weekend festivities. Hall said he’s flying out on Tuesday. He made these tweets to Justin Credible and rapper Wale:

Hey yo @Wale are you gonna be in NYC this wknd? There's a sweet NXT show, SummerSlam and then RAW. Gonna be a party pic.twitter.com/6CKhkUGdhT

Hey yo @PJPOLACO there's gonna be a Kliq reunion in NYC this wknd. Dare you to come by. I'm coming in Friday night leaving Tuesday