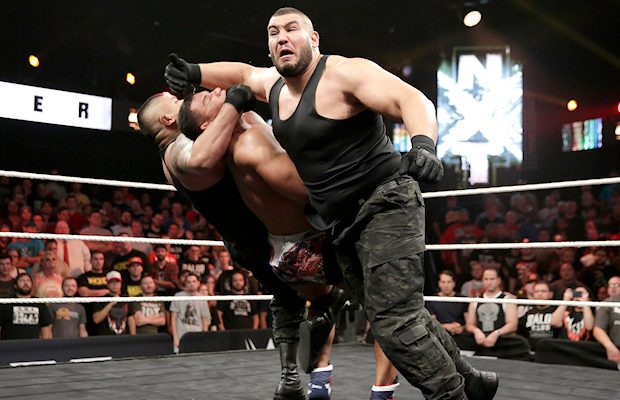 – Eva Marie will be hosting a fitness bootcamp on July 23rd at Elev8 Performance in Huntington Beach, California. Tickets for the camp were limited and sold out in just a few hours.

– John Cena granted yet another Make-A-Wish Wish before Monday’s RAW in Detroit. Here he is with Wish Kid Isaiah:

– To hype tonight’s WWE NXT episode, WWE posted this video with Hall of Famer Paul Ellering and NXT General Manager William Regal. Ellering says he has brought The Authors of Pain together to become the new destructive force in pro wrestling. Ellering requests a match with Chad Gable and Jason Jordan as he doesn’t want The Authors to start at the bottom and work their way up, he wants to start with American Alpha. Regal grants the match and makes it for next week.